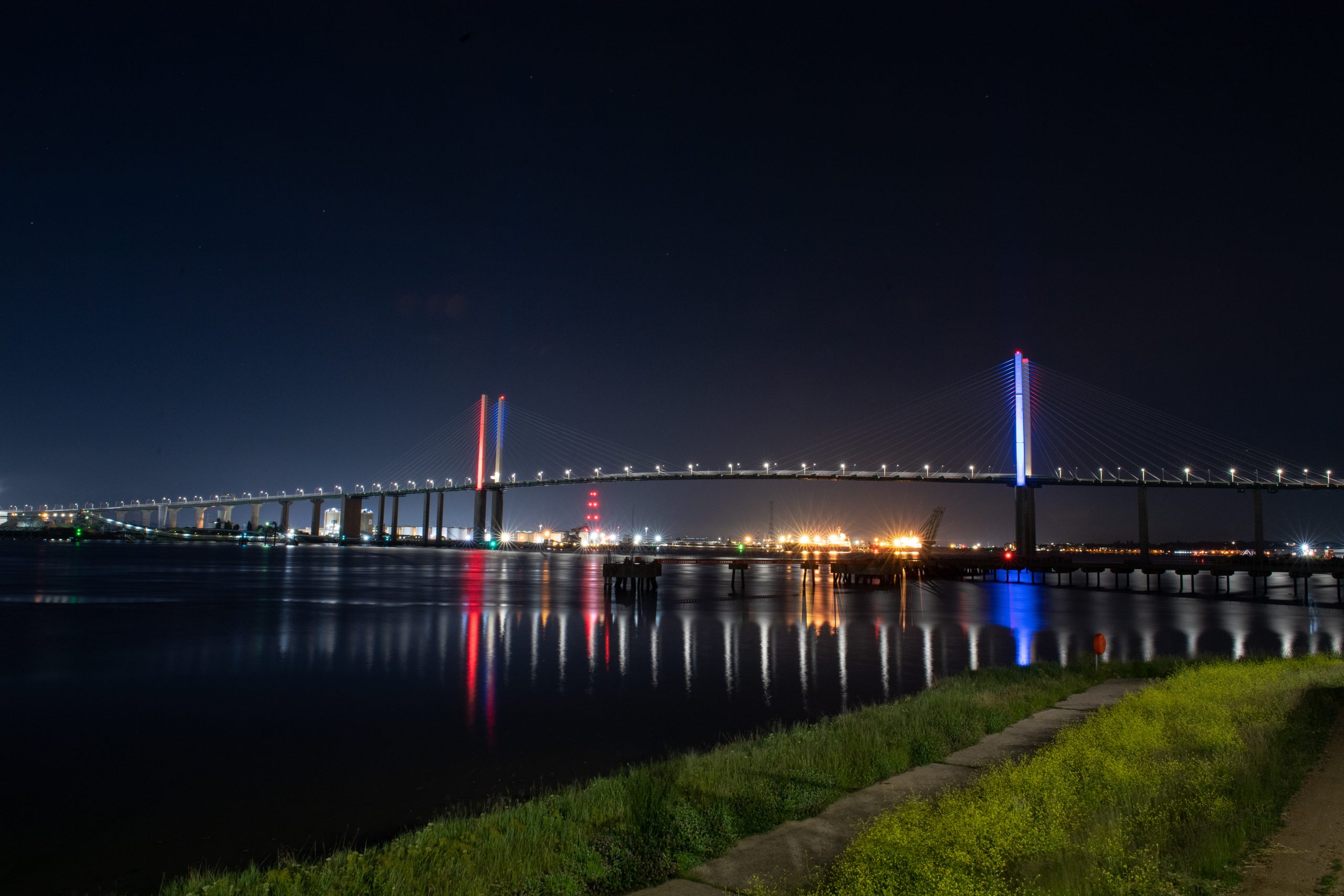 On behalf of Connect Plus and National Highways, we are proud to have celebrated a moment in history as Her Majesty Queen Elizabeth marked her Platinum Jubilee over the weekend.

In honour of the event, the Dartford-Thurrock River Crossing bridge named ‘Queen Elizabeth II Bridge’ from the opening by her Majesty in October 1991, beamed UK colours of red, white and blue.

The incredible lights were seen from Wednesday and continued throughout the entire Jubilee Bank Holiday weekend.

In October 1991 when the bridge proudly received its name, there was no estimating the impact it would have on keeping the country moving. It plays a crucial role in delivering essential goods, whilst also connecting many friends and families.

Taking three years to build and measuring over 2,872 meters it was only last year we celebrated its 30th anniversary. At that time, we spoke to Steve Pattrick (CPS Strategic Structures Asset Manager) who was part of the design and construction team.

‘My first memory of working on-site was of me climbing up to the top of the scaffold on one of the piers, which is about 45 meters high now. I still remember the feeling of the scaffold under my feet as I steeped over a gap onto the slip formed pier with the great view that kind of height provides.

The construction programme was relentless, meaning we worked six days a week for ten to twelve hours a day. We ultimately completed the construction of the bridge in an impressive three years.

The bridge opened officially on 30th October 1991. I remember being there lifting the cones with the site general manager on the very first night live traffic went across the bridge. I was also pleased to attend the official opening ceremony attended by Her Majesty the Queen.’ 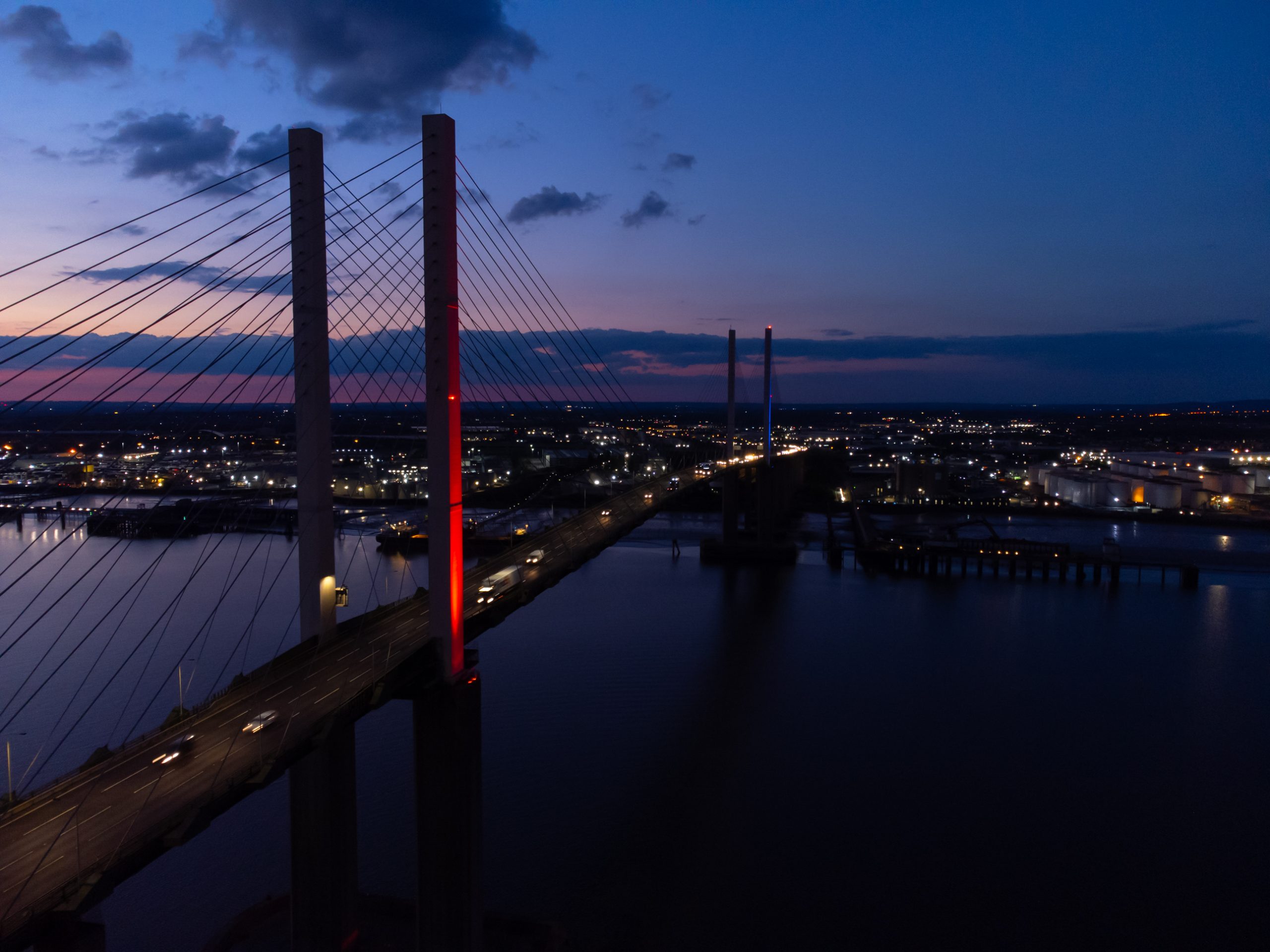 As we celebrated the Jubilee weekend, we are delighted that the Queen Elizabeth II Bridge shared in the events, marking a momentous occasion of Her Majesty whom gave it its name.

‘Connect Plus Services, on behalf of Connect Plus and National Highways, are delighted to be celebrating the Queen’s Platinum Jubilee this weekend by lighting the iconic QEII bridge. Recently celebrating its 30th anniversary, the Dartford-Thurrock River Crossing named ‘Queen Elizabeth II Bridge’ is a critical asset of the M25 network connecting family, friends and businesses. To make this a reality, we have worked with local business Signify (formerly Philips Lighting), using Color Kinetics to light to pylons the iconic red, white and blue.’

'Light is one of the most powerful means of breathing new life into cities and towns, heralding a new era of urban design and beautification. We have lit bridges around the world and seen first-hand the positive impact that dynamic architectural lighting has on transforming local communities and economies. With over 150,000 vehicles crossing every day, the Queen Elizabeth II Bridge is iconic and will add to the celebrations of the Platinum Jubilee with opulence.

To achieve the unique vision requested from Connect Plus Services, Signify (formerly Philips Lighting) has provided the Color Kinetics lighting systems to illuminate the crossing. Color Kinetics has been trusted to light iconic structures like the Empire State Building, the London Eye, and more recently the Illuminated Rivers along the River Thames. For this occasion, it is special to all citizens of the UK, and we are excited to be part of such a prestigious project and add to the celebration of the Queen’s Platinum Jubilee celebration.' 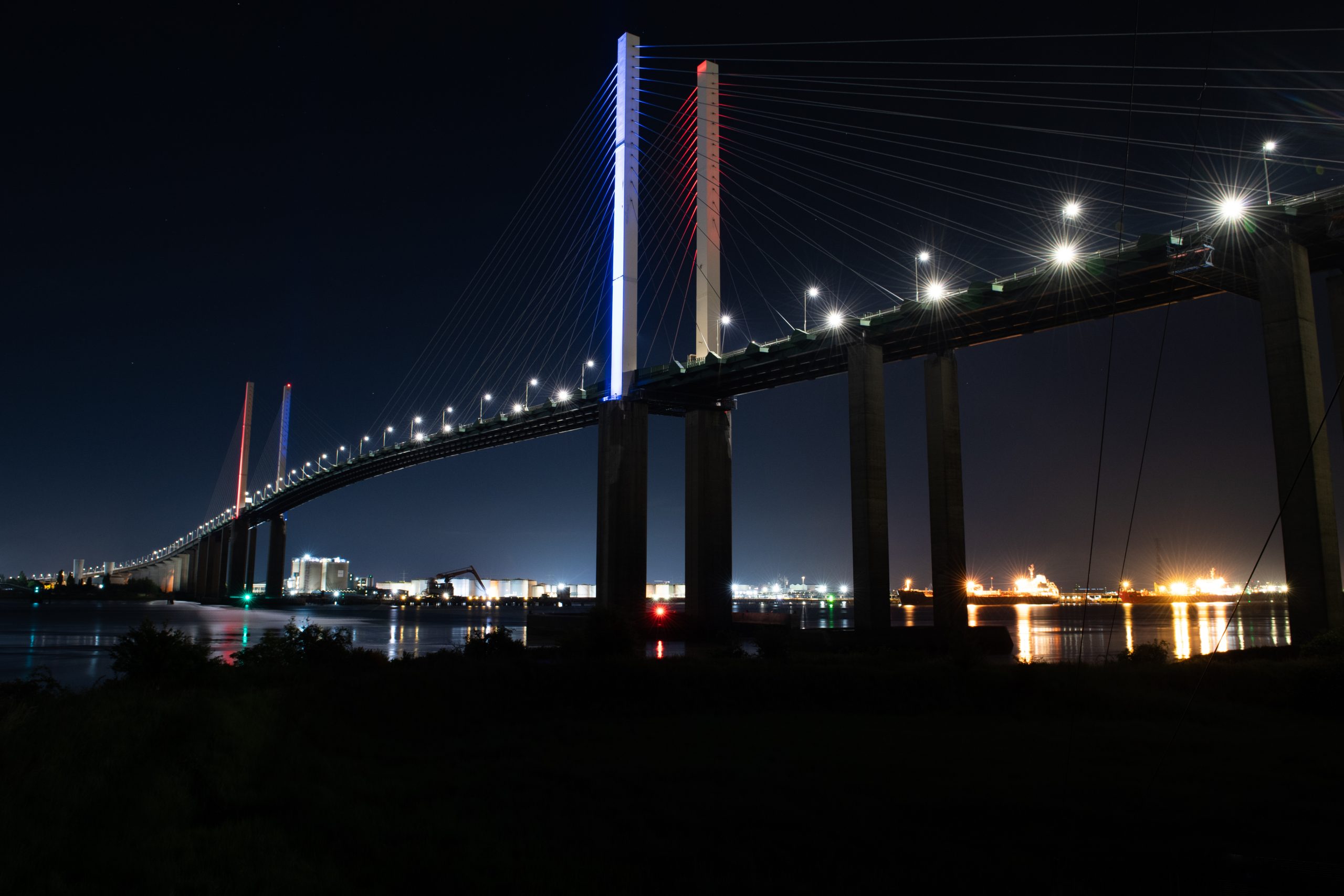 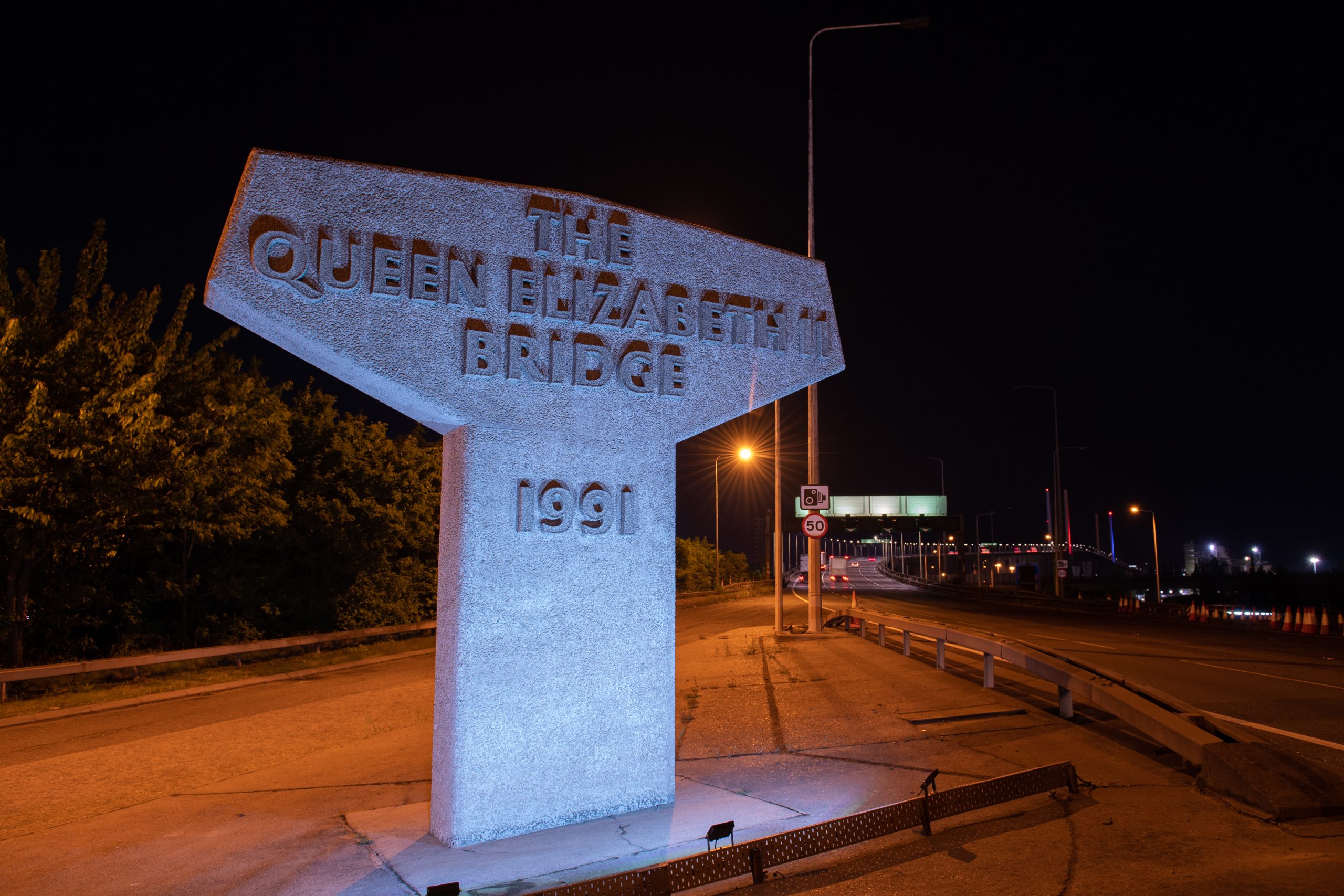