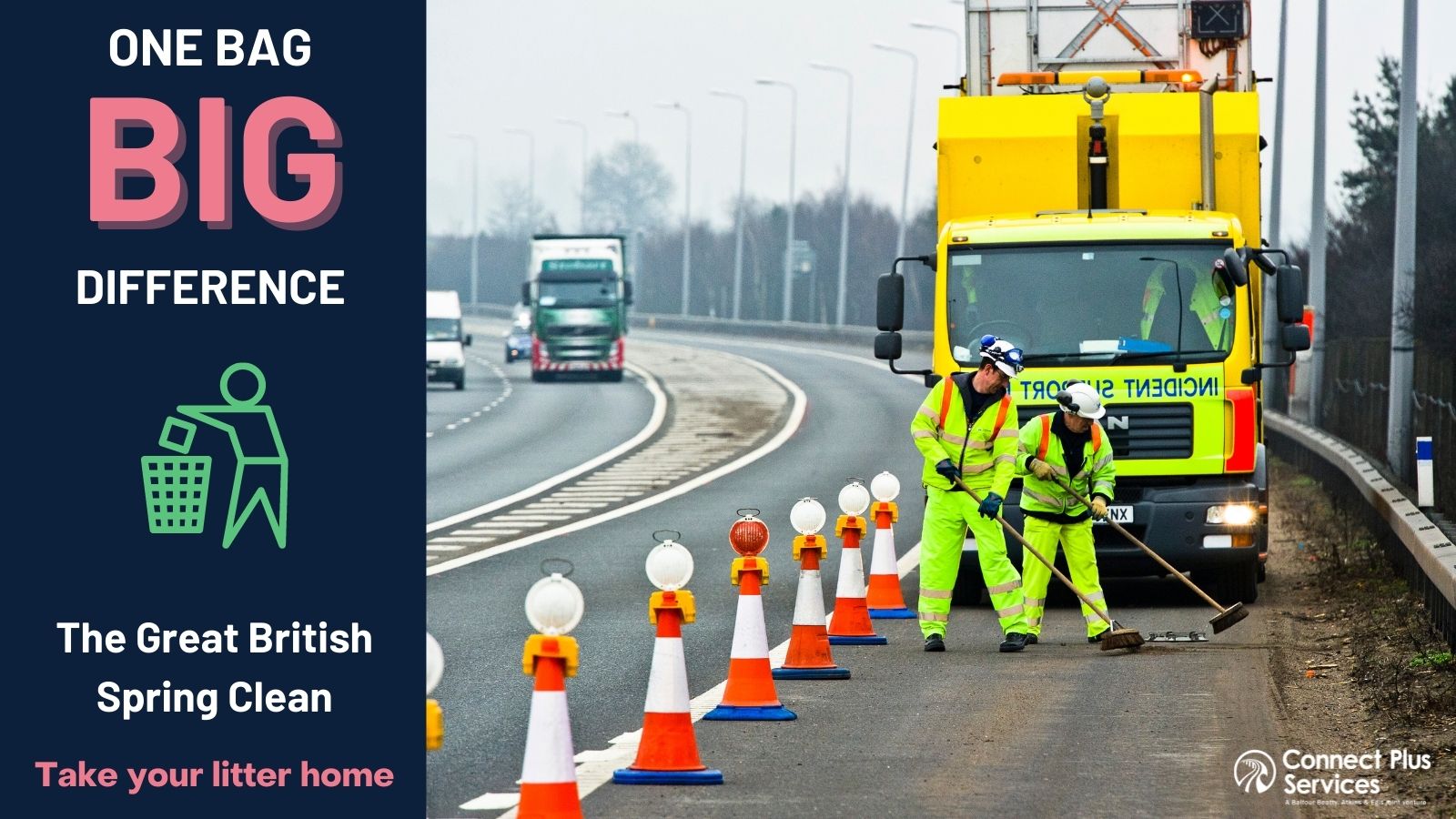 Litter is a huge national issue and one that’s of growing concern on the M25. Its impact is felt throughout our work on the network and also in our customer raised queries.

Every year, more than 30,000 bags of litter are collected by our teams on the M25, that’s 2.7 million litres... more than an Olympic size swimming pool full. This litter is generated, for most part, by drivers who throw discarded items from their windows during their journeys.

This action not only damages our environment and endangers our local wildlife but puts our workers at serious risk when collecting it.

In addition litter also means that valuable time and money is often diverted away from improvements on the network.

Launching on Friday 25th March, The Great British Spring Clean is the nation’s biggest mass-action environmental campaign. The campaign by Keep Britain Tidy encourages the public to make a difference in their communities by either hosting or participating in a litter pick activity.

As part of this campaign, CPS, in partnership with National Highways and local authorities, will be helping to educate the public and highlight the risks litter picking can pose to the safety of our workforce.

Our teams will also be going above their normal activities to pledge support to the campaign’s ‘Big Bag Challenge’. To collect as many bags as possible, we have organised numerous litter picking events around our depots and in our local communities.

Whilst we pledge our support to the campaign, our message to every road user is please don’t put our workers at risk - take your litter home.

The Great British Spring Clean is a vital campaign that we strongly support. The presence of litter on our network not only negatively impacts the experience of our customers as road-users but, most importantly, puts our colleagues at increased and unnecessary risk when collecting it.

The Great British Spring Clean is a great opportunity for us to demonstrate, together, our passion for Sustainability, Safety and Network Stewardship. We are also working in partnership with National Highways to help educate the road user on the impact of littering on the network.’