Connect Plus Services (CPS), in collaboration with National Highways, One Community and local authorities, has achieved huge success as part of the Great British Spring Clean campaign 2022.

The Keep Britain Tidy campaign, which launched on Friday 25th March, concluded yesterday, Sunday 10th April, is in its seventh year and is the nation’s biggest mass-action environmental campaign. Although the campaign is over, our fight on litter continues.

It is a particularly relevant campaign to our teams across the M25 network as litter is growing issue, with more than 30,000 bags collected every year. That’s over 2.7 litres of litter, enough to overflow an Olympic sized swimming pool.

CPS organised litter pick events at three of our depots; Dartford, Leatherhead and South Mimms, which achieved a massive turnout. Together, the teams taking part collected over 80 bags of litter around the local communities in just 5hrs, which will be added to the campaign’s #BigBagChallenge. 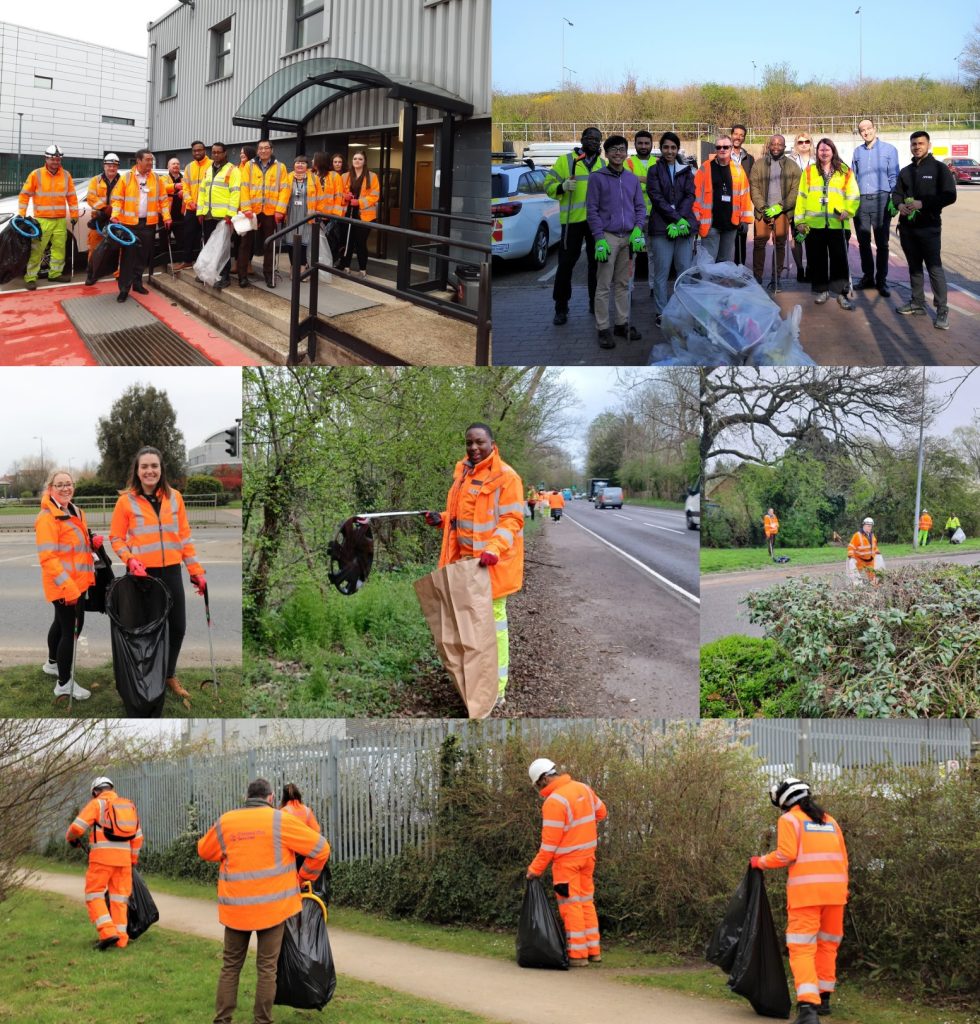 Outside of these events, many of the team have been doing their own litter picking which will go towards the total too.

As well as this physical action, CPS and National Highways collaboratively continued to educate the public on the impact of litter and to particularly highlight the risks that litter picking can pose to the safety of our workforce while out on the network to collect it.

Throughout the campaign, gantry signs across the network were also used to provide proactive messaging to the public to take their litter home.

This supported out overall message,  please don’t put our workers at risk - take your litter home.

CPS have also taken the opportunity to recognise our teams who work every day to ensure the network is safe and serviceable, including the removal of litter.

'Litter is a huge and ongoing issue on our roads. We have colleagues who put themselves at great danger by picking up discarded rubbish along the live carriageway.

The Great British Spring Clean was a great chance for all our teams to get involved by taking a couple of hours out of our busy working days to carry out some litter picking. It was fantastic to see so many joining in, making a great difference in the communities around our depots and collecting over 80 bags of litter!

It highlighted to all of us just how much litter is thrown out. The main culprits being food and drink packaging which takes hundreds, if not thousands of years to decompose. That small piece of rubbish equates to such a big problem.’